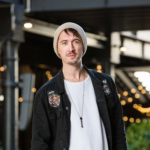 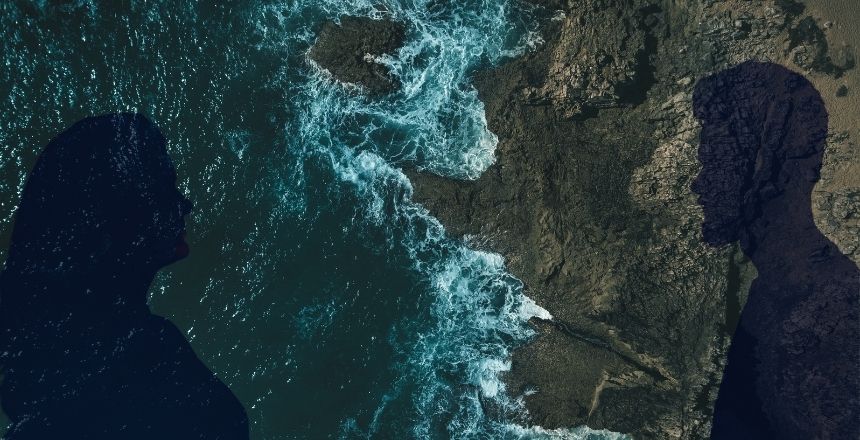 Facebook is a fantastic tool. This morning I woke up to a notification of a post being liked from 2018. I read through it and found myself transported back to a place in time before I was a coach with Ars Amorata, and very early on into a hero’s journey of sorts for myself.

I was sitting in a speakeasy watching the world go by, as people began their night in the ‘Dirty Sixth’. This was a post about the sub-communication that happened between a man and a woman sitting next to me – one fluent in the language, the other not.

I like to say that Sub-communication is one of the sexiest themes of the Essentials – it’s secret, there’s a conspiracy to it. It’s something I’ve been exploring in a collection of short stories I’ve been writing for the last few years – the book itself is a story with stories within it. Stories within stories, words within words. Much like sub-communication.

So here’s something from the creative side of me – an excerpt from the as-yet-untitled book I’m writing. Enjoy.

“Sounds like a nice memory…” Gabe said after a moment.

I guess it was, I thought to myself. It was a long while since I’d recalled that memory, even longer since I’d shared it.

“They’re all we’ll have when we get to the end, right?” He continued.

I paused. I’d always thought memories came and went. Hell… my recollection of that memory felt cloudy instead of in sharp contrast. But he was right. When all is said and done, as we take our final breaths, what else will we have? Sure, we’ll have our accolades, any legacy we’ve laid down, perhaps those who love us gathered around… but as the lights grow dim, our only solace will be in times gone by.

What do you want to remember?

The thought went as quickly as it came, fleeting and fast. Gabe was stirred from the silence as it broke with the creak and the drag of the tavern’s door. A wind picked up and flew right through me, but I stayed with the memory.

What other memories have I made? What will I recall when the lights grow dim? And what feelings will stir as I sit in them? Joy? Anger? Sadness?

And what if I lose my memory? What if my mind fails and I’m left a shell of who I once was?

“Time-travelling?” A voice broke my anti-reverie.

I turned to my left, and found the culprit of the creak and the drag of the tavern door – another patron. On the barstool next to me sat a woman. No, that didn’t cut it. I could feel something from within her – a force of nature.

Thinking back, I’m not sure if it was the wind that picked up or this just happened whenever she walked in a room, her force preceding her wherever she went. Her unassuming stature didn’t match the fire inside her – normally, you’d only feel that fire in the midst of a powerful conversation but, there it was, there she was, smouldering in front of me. Who was this woman?

Her name rolled right through me. Cassandra. She was fluent in that second, secret language, but she spoke it in a dialect I couldn’t quite understand. It was the eyes, they were deep, both in colour and corporeal power.

It was as if just behind her indigo irises rested a legion of collapsing stars – there was a gravity and a presence to her. Yet here she sat next to me. Perhaps because I was the only other person here though, I was never known for housing my own personal gravity.

In that moment, it was as if a channel opened between us both – words touched, a secret circuit opened. Electricity ran through the channel, surged to the terminus right in front of me. The fluency of her silent speech crashed through me, hit the edge of my shores then surged right back into the oceanic depths between us.

“I feel as if we’ve met before.” Cassandra replied, collapsing the so-many-secret-words that had been exchanged into seven. Seven words in as many seconds. But it felt timeless. The vocal was local, but the non-vocal took me somewhere else. Breathe.

“I’m a waitress. Are you lost, John?” Cassandra questioned.

I feel like I’m home. But also so-far-from-home. If you get lost in someone’s eyes, do you lose yourself? Or does a part of you reside within them? Complete the circuit. You can sustain the surge. Breathe.

Her eyes danced around me, footsteps falling on me like astral objects at terminal velocity. Falling from space into this space, the gravity-well deepened. The light dimmed, the sound of the wind quietened. Eye of the storm.

“Just waiting for recovery.” I replied.

Would I ever recover from this moment? Was it sown into the fabric of time eternal? I will remember this. One more breath. Click.

And I will too. In that click I’d cracked the dialect, I heard her louder and clearer than any words that had passed our lips so far. Words became meaningless, time became immaterial. The circuit was completed, then came the surge.

Every ounce of emotion motioned into my being. Breathe. Inspire. Desire. I let her in and sustained the surge. Contain the frame. She is the art. Open your heart. I heard it all.

“I’ve got to start my shift. I’ll see you around.”

Lee Simmonds has devoted the majority of his life to understanding the capacity of masculine potential. Designing a life of magnificence, then living it in a disruptive & audacious way is what Lee believes is the cornerstone of realising this. Live fast, die when you’re done.
More from the Author