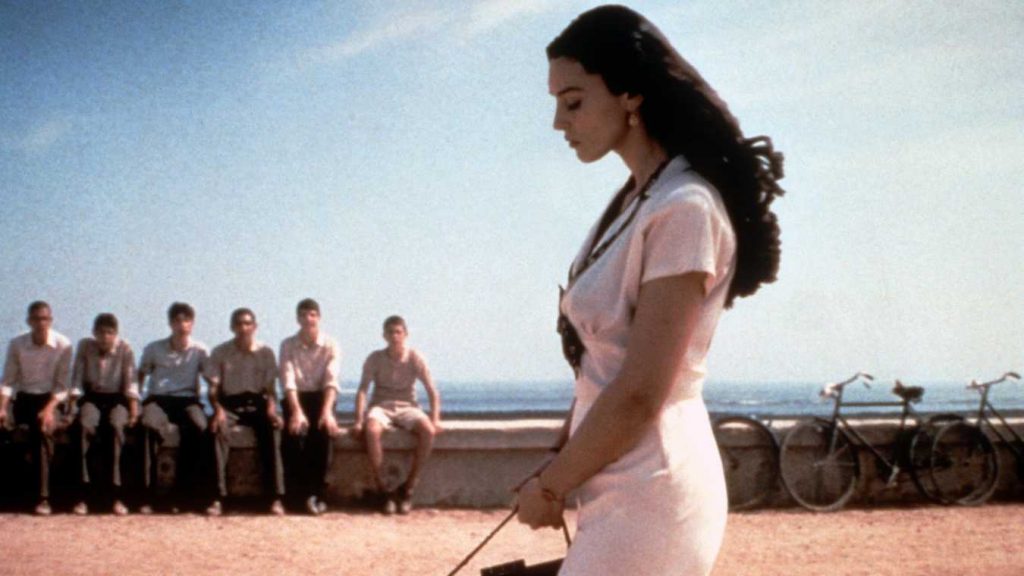 “I was heavily influenced in my early twenties by literature and movies. It was, I suppose, my only real education. I am not sure if that is a good thing or a bad thing! But it is what it is.

What I gained is an incredibly tuned perception and awareness of sub-communication. I watched the dynamic between men and women in movies, the way they talked, stood, looked at each other, etc. And decades later, I can still remember as clear as day the scenes that influenced me. I have never forgotten them.

Oh and just so you guys know, I am planning to start a fun little Youtube project: “Zan Perrion’s Thirty Second Movie Reviews!” Lol, or something like that.

I will just take clips from movies and comment on what is happening in the scene. I don’t care at all if the movie is good or not.

Now then, here off the top of my head, are movies with scenes that influenced me in various ways:

(Note: you will find a high amount of movies in this list with early Mickey Rourke. Just go watch all his early movies and channel his mischievous and playful energy. Also early John Malkovitch.)

– Legends of the Fall

– The Tailor of Panama

– The Object of Beauty

3) Movies about beauty or a beautiful lifestyle

There are more but that is what I just thought of right now.”

One thing is to watch a movie passively, piling down the popcorn and enjoying some brief distraction. But it’s another thing to open yourself entirely to a movie, allowing its art and its actors to permeate your being and change your life.

Really. This is the start of how we work with archetypes.

My suggestion is to watch the movies we recommend here like a meditation. Imagine you are the main character, and you’re living and doing his actions throughout the movie. Feel in your body — as much as possible — what it’s like to be the protagonist. Allow the feeling of being the protagonist swill round your body like a good red wine would swill around your mouth. This way, you can embody the ‘archetypal’ nature of the character being depicted.

Sound strange? Let me ask you this: have you ever been to the cinema and become so engrossed by a film that you felt the lingering energy from it for the rest of the day? Did you ever walk the streets on the way home from the theatre house, seeing the world the world through the eyes of the main character, feeling his feelings and thinking his thoughts? Most men I know felt like they could take down the world after watching Bruce Lee for the first time. This is what I’m talking about here.

Through inference, we can embody the traits of each protagonist and make them ours. After all, they say that the archetypal forces we resonate with in movies resonate because they’re unactivated potentials that live inside of us…

– Fall (1995; Eric Schaeffer — a great portrayal of audacity, romance and ‘range of expression’)

– Only Lovers Left Alive (more Jim Jarmusch, this is a glorious, agonising tribute to beauty in all its forms. Every scene is awash with beauty)

– Broken Flowers (I watched this during my last week traveling Colombia in 2006, reflecting on all the womanising I did. This movie shows the poignant beauty in loneliness, awkwardness, and the desolation of being a ladies’ man. Embrace it all!)

– Jamón Jamón (on the rough ‘masculine edge’ of seduction)

– Dona Flor e seus Dois Maridos (Dona Flor and her Two Husbands: Brazilian film, perfect illustration of the two facets of man – provider and rake – that so many women are caught between)

– The Motorcycle Diaries (on adventure & one man’s ‘vision quest’: changed my life and had me leave everything for South America)

– Paterson (A contemplative life of beauty amidst the mundane)

– Faces (1968) by John Cassavettes (there’s a 30-minute seduction scene in the middle of this film, where a young blonde man wreaks havoc amidst four older women. This is the secret side of Zan/scoundrel energy that NO-ONE gets to see!)

– In The Mood for Love (2000). Can’t get this out of my head – an agonising, tormentuous (and hopefully cathartic), slaying of your hesitation!

We don’t recommend many books while you’re taking The Essentials of Ars Amorata. The course contains within it sufficient ‘information’, and we suggest you spend your time practicing and sharing the themes with the people in your life, while breaking any habit of piling ever more ‘data’ into your cerebrum.

If you do need some companionship along the way, we recommend you turn to literature over self-help, and stay away from other dating advice along the way. I am not denigrating any other coaching paradigm here: I merely suggest you keep your mind clear to focus on what we’re working on together, for these ninety days in time.

Where to start a literary adventure, particularly in the lover’s realm? Casanova’s Memoirs, of course (they say the 135-hour 3-part audiobook is superb). And while you’re at it, why not Lady Chatterley’s Lover, Alain de Botton’s Essays on Love, or Kundera’s The Unbearable Lightness of Being?

You can learn more about beauty in one good literary sentence, than you can in twelve tomes of contemporary self-help.